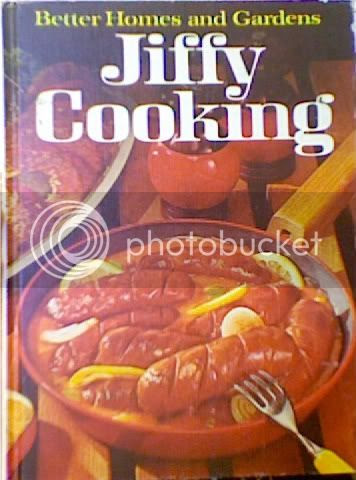 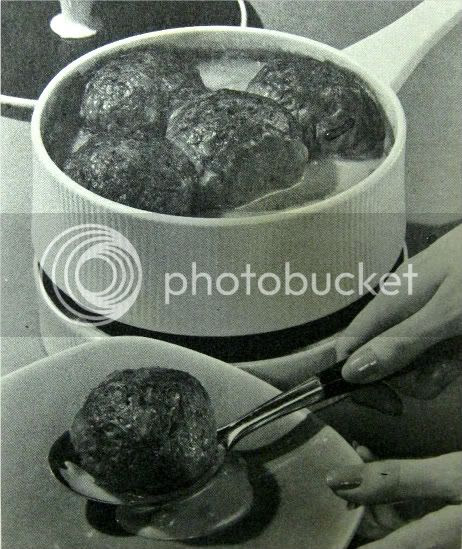 Prepare stuffing according to package directions. Combine evaporated milk and meat; divide in 5 patties. On waxed paper, pat each to 6-inch circle. Put 1/4 cup stuffing in center of 1 1/2 quart casserole. 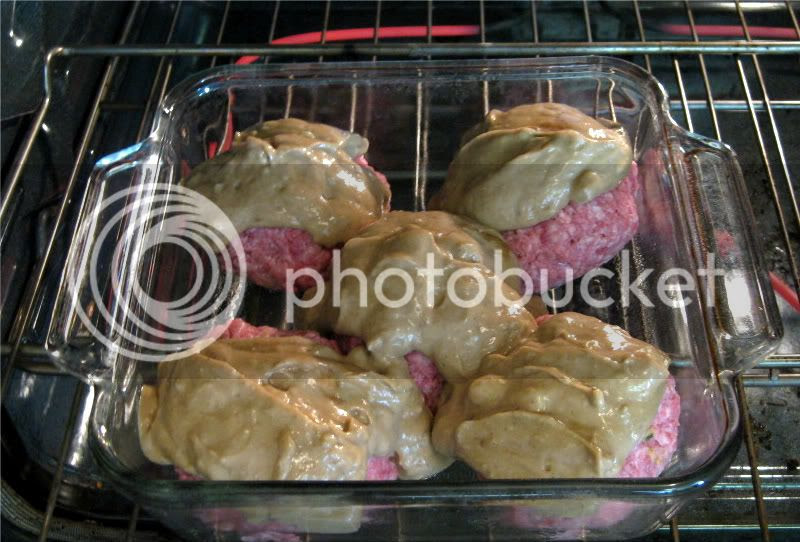 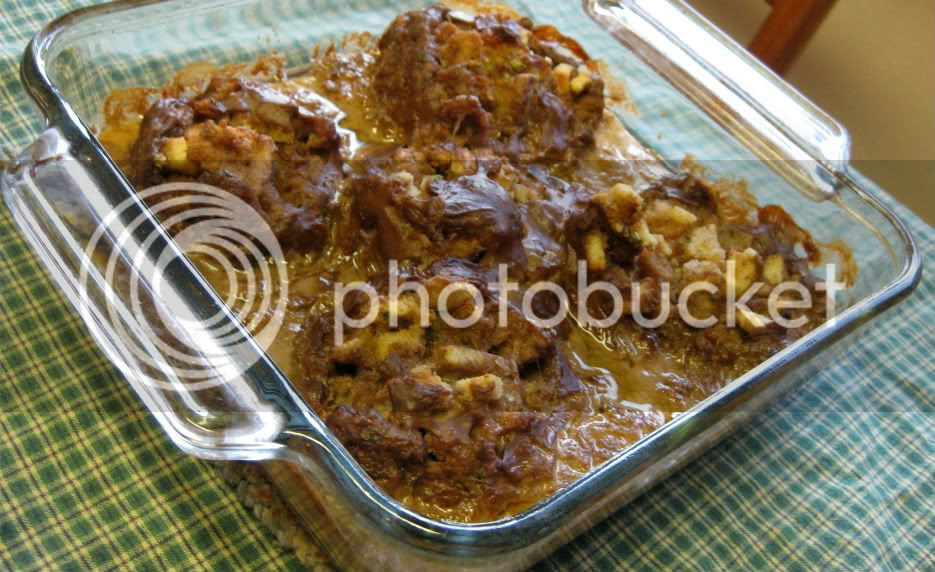 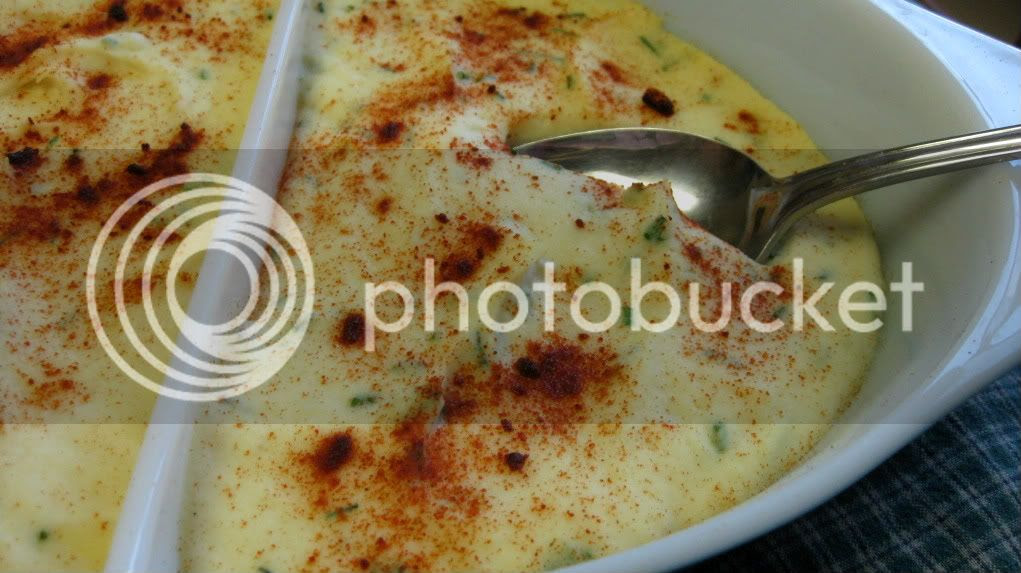 Prepare potatoes according to package directions. Heat sour cream (do not boil). Add mustard, 1/2 teaspoon salt, and sugar; stir to blend. Mix into hot potatoes with onion. Immediately turn into 1-quart casserole. Sprinkle with paprika, if desired. Heat in a 350 degree oven about 10 minutes. Makes 5 servings.

Green Beans
Oops. I knew I was forgetting something. 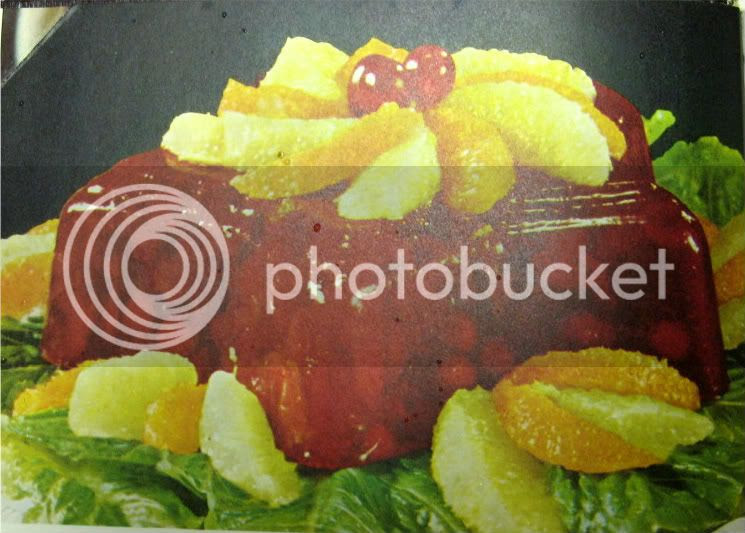 Cranberry Star Mold [Dang it! I forgot two things. I can't think where my mind is these days.] 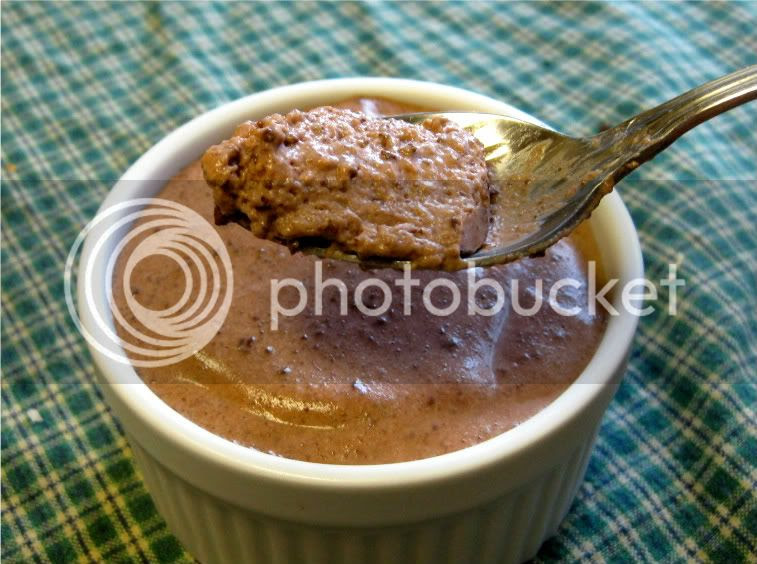 Stuffed Burger Bundles: Oh, lawsie. Please check out that raw picture above. Yes. It... looks a bit grim. "But wait!" you say, "What about my heart's desire to have a close-up picture of the finished product suitable for conversion to a desktop background?" I hear you, dear readers, I hear you. 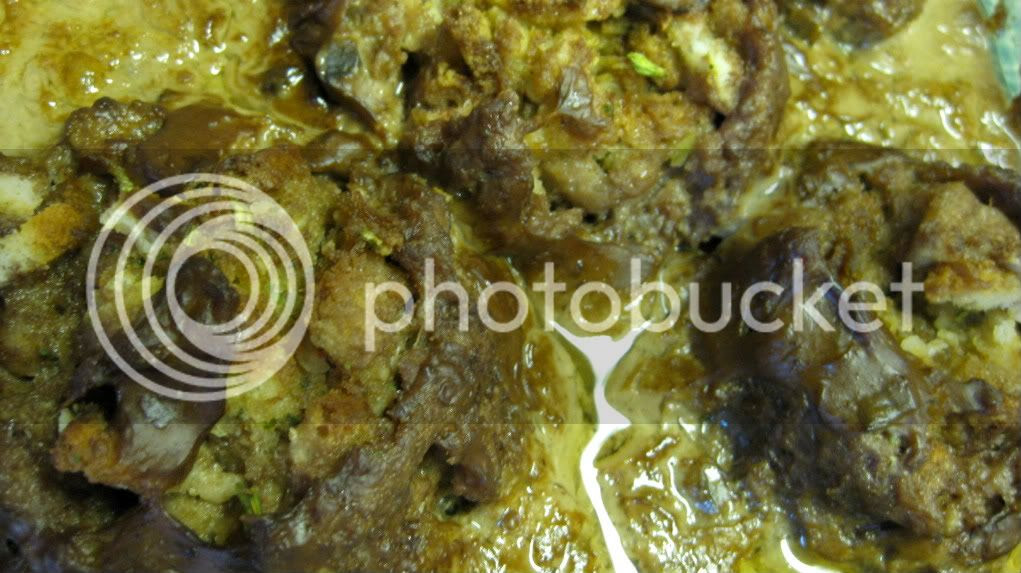 With that stunning visual, the taste was... fine. Not good, no, not good at all, but... adequate? Salty, greasy, and offensive to the eye, but not too bad. Perhaps with another sauce, this would be slightly above adequate. It does need a sauce, though, just to help conceal the ugliness. It looks like corporeal despair. Or you could just serve it under a paper bag. Or in the dark!

Hot Deviled Potatoes: Weirdly acrid. It shouldn't taste like it does, and yet it manages. I thought they were unpleasant but reasonably edible, Husband called this an abomination and looked very very sad. Maybe... maybe with real potatoes?

Cranberry Star Mold: I'll make it some other time! It looks pretty okay, it involves cranberry sauce and ginger ale. And this meal needs something colorful. Well, a color other than brown.

Blender Pots de Creme: I left out the coffee, so my opinion may not be 100% reliable. It's weird stuff though. The chocolate isn't melted at any point, so it is like mousse with teeny bits of gritty chocolate, like jello-y chocolate chip ice cream. The first bite doesn't seem quite right, but it grows on you after a few. Then after a few more, it doesn't taste quite right again. So confusing.

Email ThisBlogThis!Share to TwitterShare to FacebookShare to Pinterest
Labels: 1960's

Sweetmeats of My Lady Windebanks

Ah, finally the payoff from this post! What has our friend Sir Kenelm Digby, Knight served up for us this time? 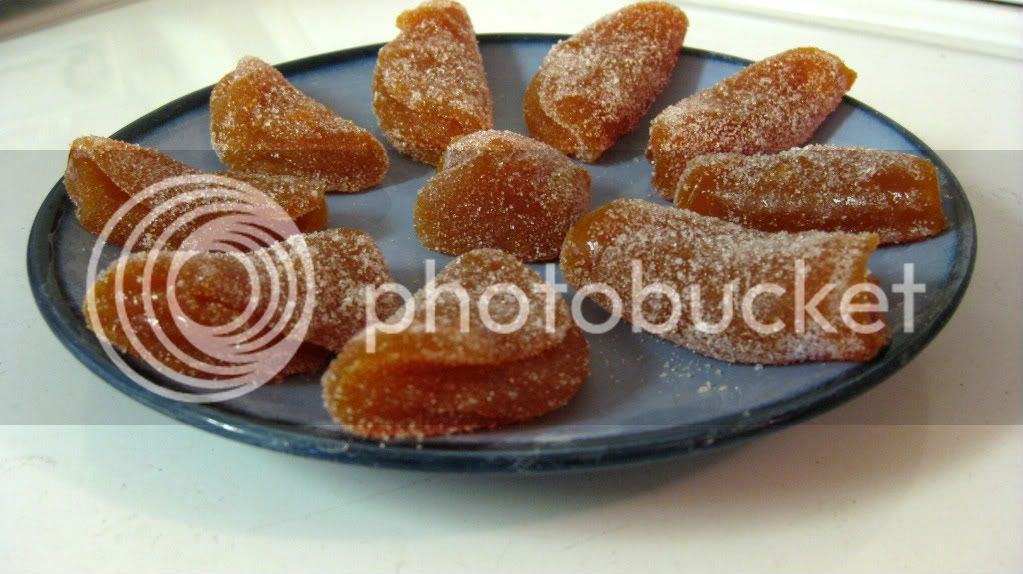 Sweetmeats of My Lady Windebanks
She maketh the past of Apricocks (which is both very beautiful and clear, and tasteth most quick of the fruit) thus, Take six pound of pared and sliced Apricocks, put them into a high pot, which stop close, and set it in a kettle of boiling water, till you perceive the flesh is all become an uniform pulp; then put it out into your preserving pan or possenet, and boil it gently till it be grown thick, stirring it carefully all the while. Then put two pound of pure Sugar to it, and mingle it well, and let it boil gently, till you see the matter come to such a thickness and solidity, that it will not stick to a plate. Then make it up into what form you will. The like you may do with Raspes or Currants.

"Apricocks" here means "apricots." Since peeling apricots is for suckers, I instead scored the skin, dropped them in boiling water for a little bit, then shocked them in cold water, much as one does tomatoes. Then I put them in a double boiler, which converted them to a smooth paste. Well, okay, I got bored halfway through and used a stick blender. But it would have worked.

After adding sugar, I cooked and cooked and cooked the bejeebers out of it, until a drop of it on a greased plate stayed solid instead of being runny. I tried a few methods of making tasty bits out of it, but the thing that worked best was putting dollops on a greased jelly roll pan and letting it dry for days in the refrigerator, then folding them over and rolling in sugar, as you see.

And patience. Massive amounts of patience. Or servants! Lots of servants.

Email ThisBlogThis!Share to TwitterShare to FacebookShare to Pinterest
Labels: 1660's

Passion is injurious to the mother's milk, and consequently to the child. Sudden joy and grief frequently disorder the infant's bowels, producing griping, looseness, &c.; hence, a mother who has a mild, placid, even temper generally makes an excellent nurse, on which account it is a fortunate circumstance that she is frequently better-tempered during suckling than at any other period of her life; indeed, she usually, at such times, experiences great joy and gladness.

If the mother or the wet nurse be good-tempered, the milk will be more likely to be wholesome, which will of course make him more healthy, and consequently better tempered. While, on the other hand, if the mother or the nurse be of an irritable, cross temper, the milk will suffer, and will thus cause disarrangement to the system; and hence, ill-health and ill-temper will be likely to ensue. 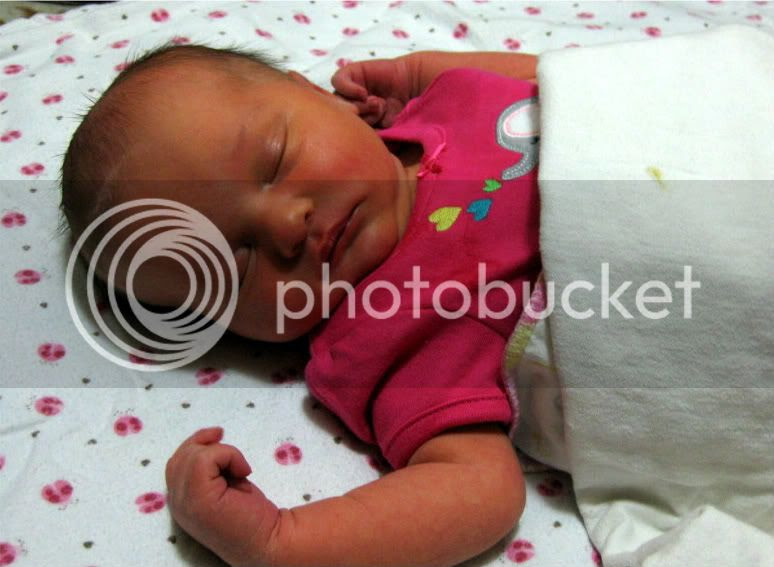