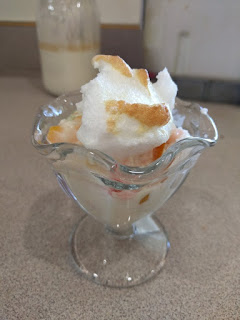 PEACH PUDDING.
LINE the bottom of a pudding dish with stale sponge or cup cake and shave enough peaches to cover thickly (you may use preserves orcompote instead). Sprinkle a cupful of pulverized sugar over the fruit.Now let a pint of milk get boiling hot by setting it in a pot of boiling water. Add the yelks of three eggs, well beaten, one tablespoonful ofcornstarch, made smooth with a little cold milk, and stir it all the time. As soon as thickened, pour over the fruit. Beat the whites to a stiff froth, adding a tablespoonful of sugar, and spread over the top for frosting. Set it in the oven for a few minutes to harden. Eat cold, with or without cream. 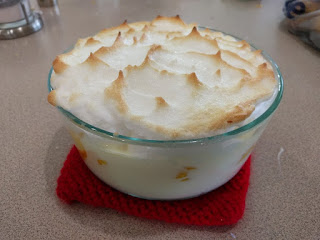 Verdict: I had a bunch of peaches from my mother's tree, a wedge of strawberry birthday cake my mother in law brought me, and some leftover key lime poke cake my mother made for a party.  These leftovers put it in the best tradition of trifles.  The lime and strawberry was a little weird, but whatever.  I thought the lack of sugar in the custard would be weird too, but there's so much nonsense going on here that it wasn't noticeable.  I thought it was very attractive and pretty tasty.  The kids picked at it and husband had one bite.  I recommend using one flavor of a plainly flavored cake.
Posted by Jana at 6:12 AM 4 comments:

Things A Lady Would Like to Know Concerning Domestic Management and Expenditure, by Henry Southgate [1867]


Epsom Grand Stand Pigeon Pie.--Line the bottom of a pie-dish with 1 1/2 lbs. of rump-steak cut into pieces about 2 inches square, seasoning it well with pepper and salt.  Clean the pigeons, rubbing them with salt and pepper inside and out, putting rather more than 1/2 oz. of butter into the body of each bird; lay them on the steak, and put a slice of ham on each. 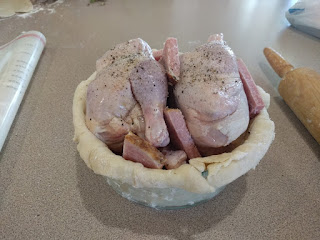 Add the yolks of 4 eggs, and half fill the dish with stock.  Put puff paste round the edge of the dish; put on the cover; and put three of the feet, cleaned, in a hole at top of the crust.  Brush it over with the yolk of an egg, and bake in about 1 1/4 hours in a well-heated oven.  Pounded mace may be added to the seasoning, if liked, and each pigeon covered with a piece of fat bacon to keep them moist.


Verdict: Well, this certainly is a pie crust filled with meats and gravy.  The taste is about what you would expect of meat chunks and soggy crust. As I do not have access to pigeons... I tell a lie, my neighbor's pine tree has a whole colony.  Anyway, I didn't use pigeons.  These are Cornish game hens.  They have a lot more fat on them than pigeons presumably do, so I didn't stuff them with butter or lay bacon on them.  Accordingly, I did not have pigeon feet to use as garnish, so I substituted with this offensive chicken foot which made the children scream a little.  And me.  I screamed a little.  It also made the house smell like burning fingernails when it was baking, which was pretty unsettling. All agreed that this was definitely a pie filled with meats and gravy.  No one agreed to eat the chicken foot, despite all my best arguments. 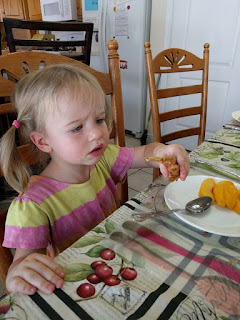 Tried to give it to the cat. 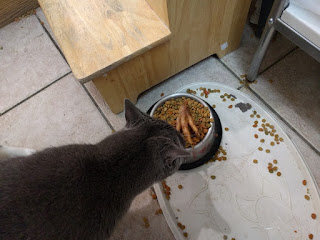 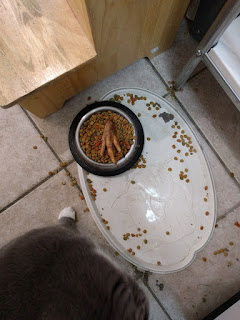