I am American, and I have never had anything like either of these recipes. And yet, the British Ministry of Food says it is so. I suspect these recipes are American like nachos are Mexican. But less delicious. How about you, Other Americans? Anyone?

And just sit quietly, Canadians. I have a recipe for Canadian Bake that I'll get to in the future, never fear.

Or fear. Fear is probably the more reasonable response. 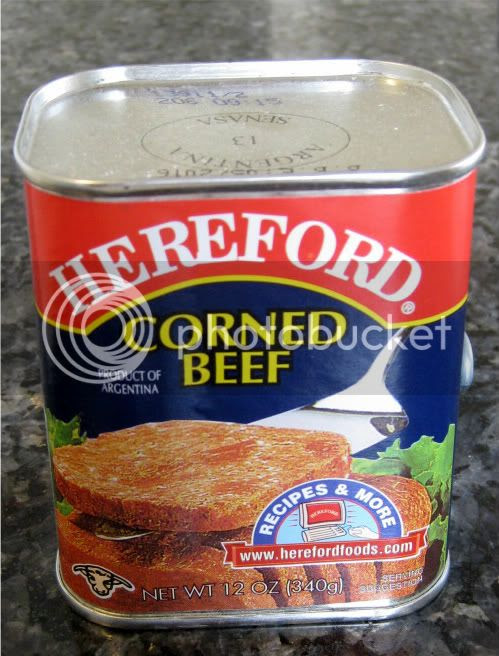 That's right, Mrs. Smith. We're getting a seventh of our meat now in corned beef--twopence in the 1s. 2d. as you might say. Lord Woolton's watching his stocks--he likes to be sure he's got a bit in hand. I don't mind telling you I was rather afraid the whole ration would be cut down. It's lucky for everyone there is this corned beef to help out with. Cold or hot, you can dish it up in a dozen different ways--and very tasty, too. No, Mrs. Smith, I don't want any points coupons, it's all part of the meat ration. 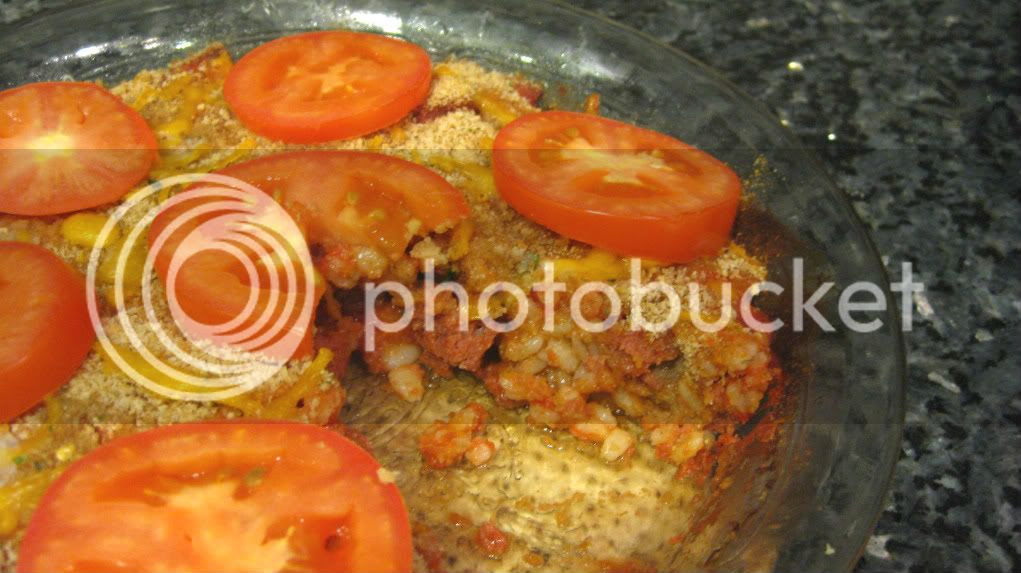 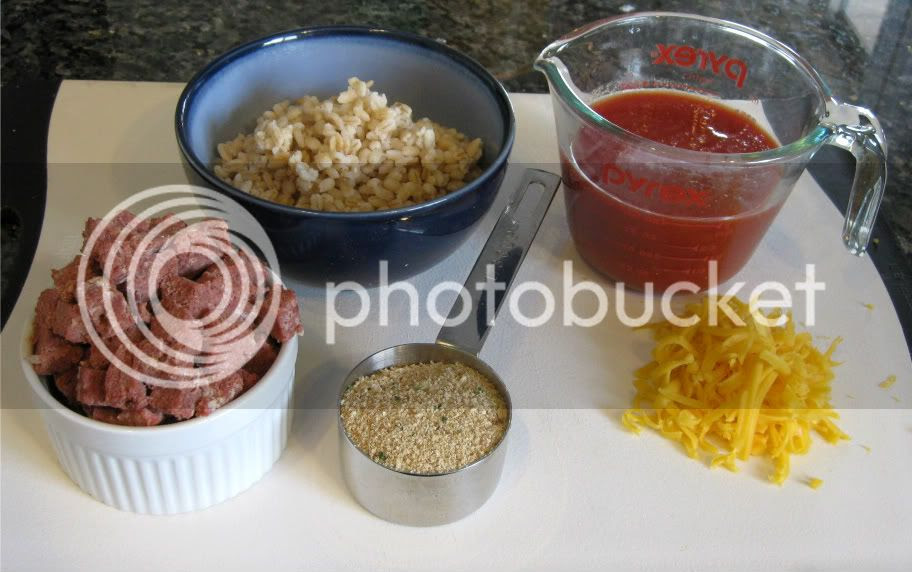 For a while during the war, 1 oz. of cheese per week was the ration for one person

Method: Place the beef, barley, tomato pulp or white sauce, seasoning, cheese, and breadcrumbs in layers in a greased pie dish. Finish with a layer of cheese and dot with the dripping or margarine. Bake in a moderate oven for 25 minutes. 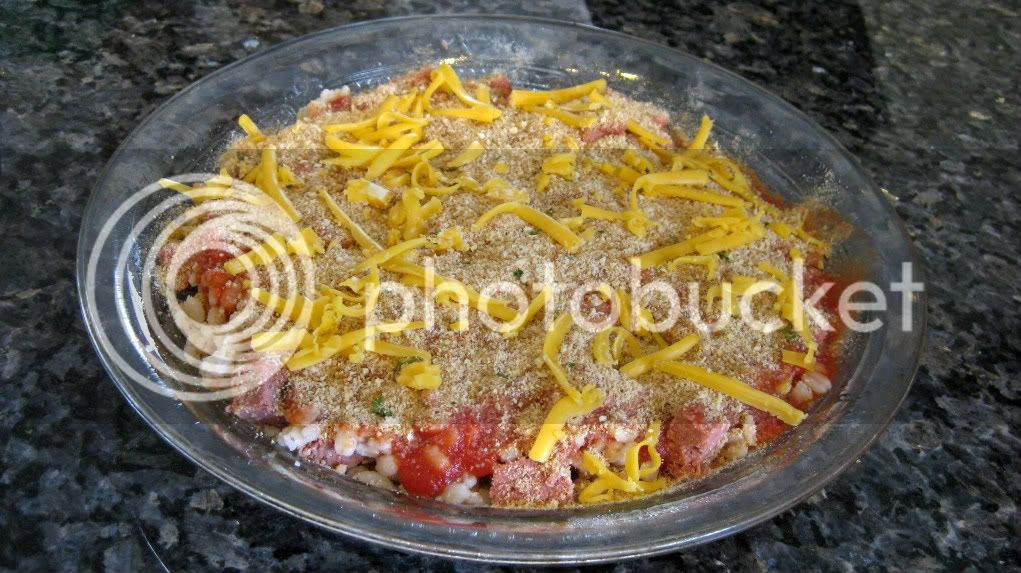 Slice the whole tomatoes and spread over the top. Return to the oven for a further 5-10 minutes. 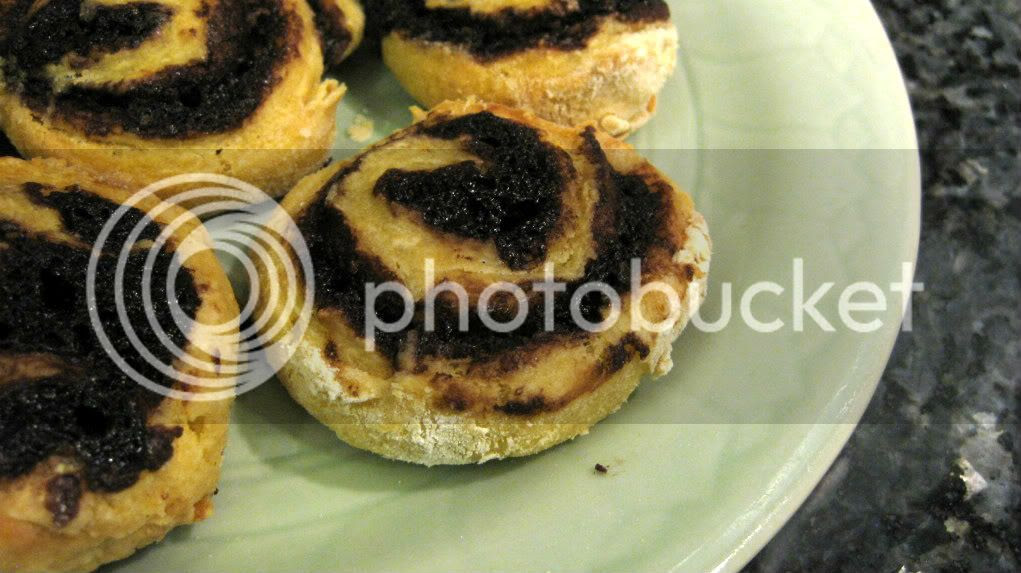 Pastry: Put flour, salt, soda and cream of tartar in a bowl. Mix together, rub in margarine and bind to a stiff paste with milk.

Chocolate mixture: Cream margarine and sugar together, stir in cocoa, add essence, and if necessary a tablespoonful of milk; do not make too soft or the mixture will run during cooking. Roll out pastry into an oblong and spread with chocolate mixture. Roll up as for jam roll and cut into 3/4 inch rounds. Pack into a baking tin and bake in a moderately hot oven 20 to 30 minutes.

American Mince: Okay, first of all, this is corned beef from a can: 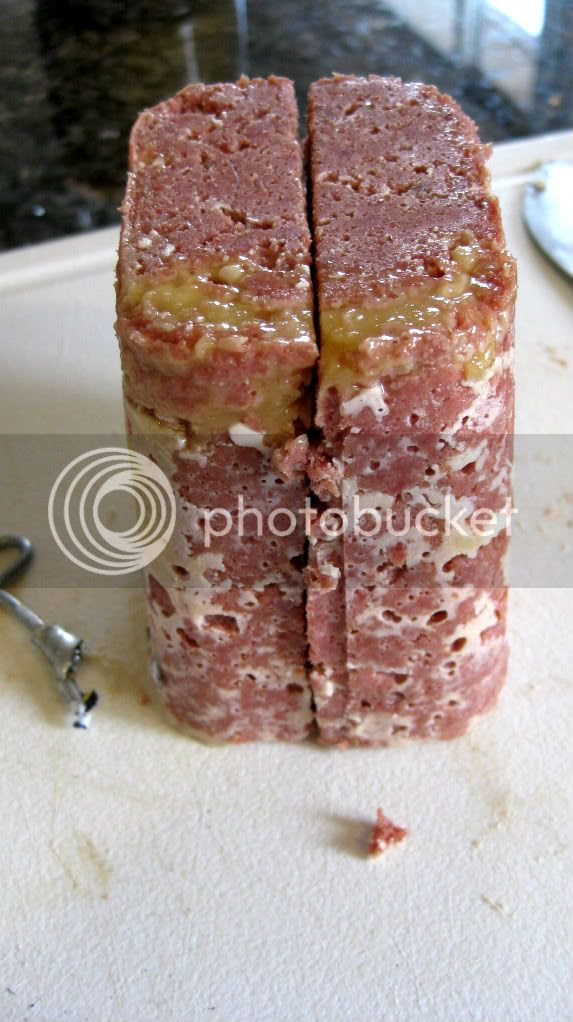 Yes. That speaks for itself. I also had to call my mom on the phone so she could tell me how to open a can with a key. The recipe calls for only half of it, so I put the other half thriftily away to use another day. Hooray! While I was measuring and putting out ingredients, Husband came by and tried to snitch a pinch of cheese. "NOOOOOOOO!" I said. "THAT IS ALL THE CHEESE WE GET PUT IT BACK PUT IT BACK WE ONLY GET AN OUNCE UNLESS YOU WANT TO HIT THE BLACK MARKET AND HELP HITLER DO YOU WANT TO HELP HITLER AHHHHHHHH!"

He put it back.

It took some careful placement to get two layers out of that cheese. In the end, you could not taste the cheese at all, and seeing the occasional shred just felt like a mockery. I would rather have just eaten my ration straight up. At least that way I could have tasted it.

It wasn't terrible though. It was kind of fine. Were I on rations, and corned beef in a can was what I could get, I'd make this. I'd feel kind of sad while eating it, but I would indeed eat it.

My sister came over that day, and I cleverly trapped her into eating dinner with us. This is her plate after dinner. 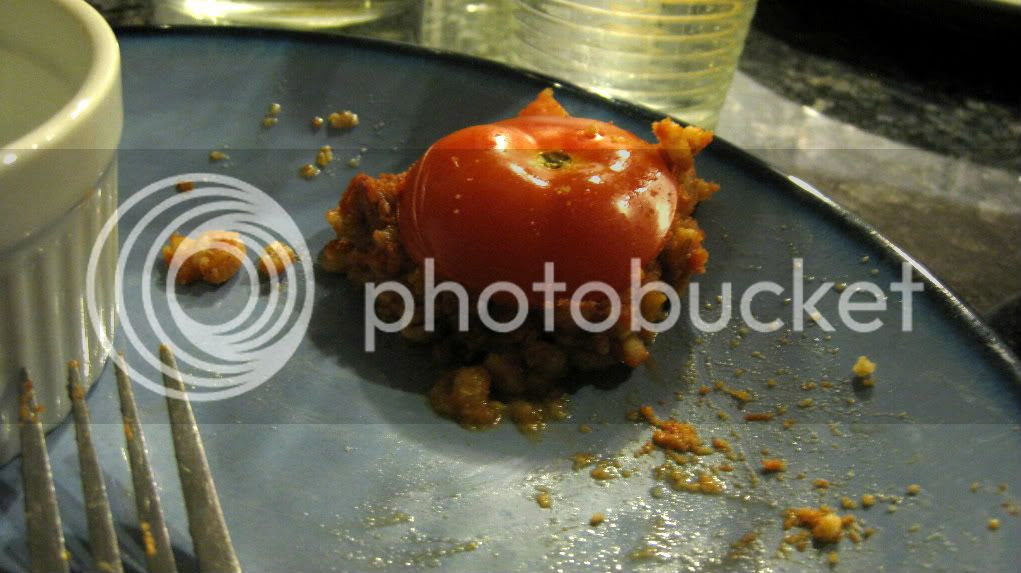 I SEE WHAT YOU DID THERE, KRISTIN. I'm telling mom.

American Pinwheels: Holy HECK is that a tiny amount of filling! It is almost impossible to spread it over all the dough. It does look bigger when it is baked though, which is something I suppose. These are dry biscuits with "essence of chocolate" to tease your mouth. My sister had an excellent idea for improvement, though! 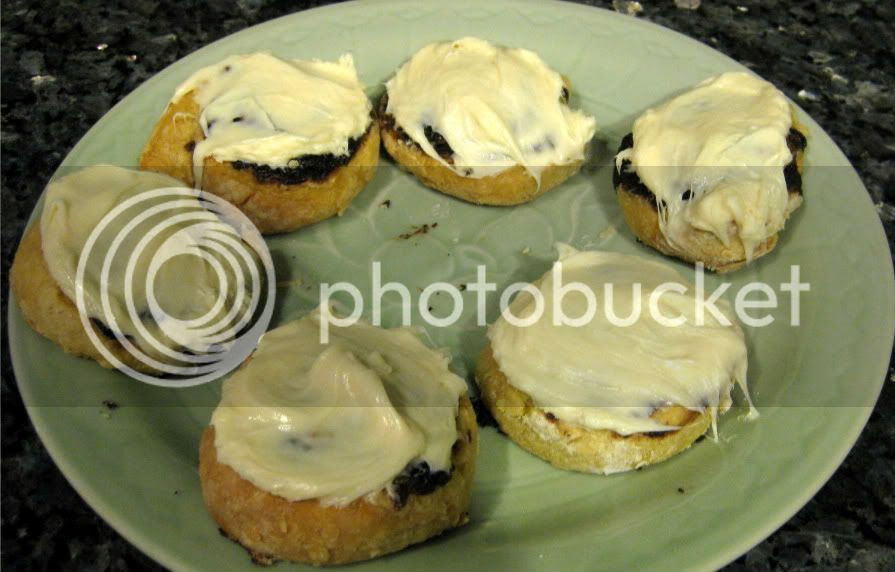 
Now I need some nachos.

Email ThisBlogThis!Share to TwitterShare to FacebookShare to Pinterest
Labels: 1940's 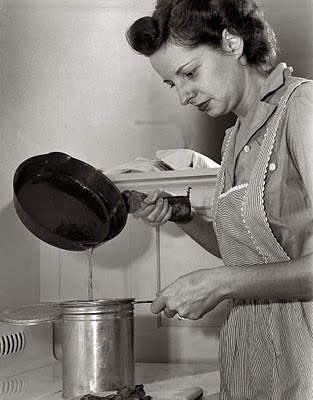 June 1942. "Why greases must be saved. A soldier of the home front -- and there's one in every American kitchen -- saves all waste fats and greases so that they can be processed into ammunition for America's soldiers on the battlefronts. Pan and broiler drippings, deep fats, renderings from bacon rinds: These are some of the fats which should be put through a strainer to remove meat scraps and other solids, and poured into wide-mouthed cans such as coffee or fat cans." 4x5 safety negative by Ann Rosener for the Office of War Information.
And if you don't give your leftover fat to the government, at least make a veggie-filled pastry!
Posted by Jana at 10:04 AM 9 comments: