Husband has become leery of "mock" anything.  It is almost never good.  If it's "Mock Something" in recipes from the last few decades, it is usually because it contains some weird processed food that is taking the place of a real food.  For instance, crackers instead of apples in apple pie.  In quite old recipes, like Victorian and Regency, it is because a cheap food is being disguised as a fancypants rich person food.  A calf's head instead of a turtle, for instance. 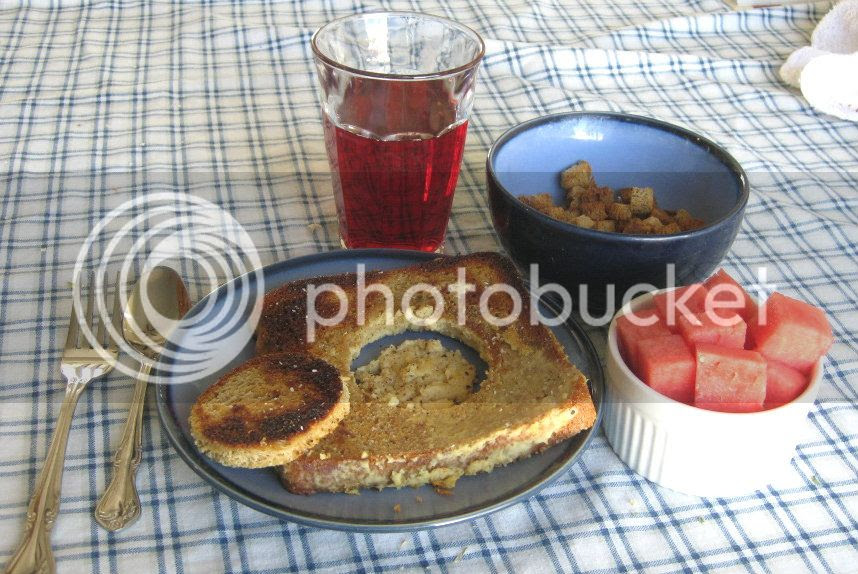 The Second World War is my favorite era of mock foods, however.  This is because of the imagination and nerve it takes to disguise vast quantities of vegetables as totally preposterous and laughable things, like geese.  I admire the sort of mindset it takes to say, "No fried eggs?  The hell you say!  I will have a fried egg if I have to construct it of twine and sticks."

As substitutions go, this one seems... a little bit genius. 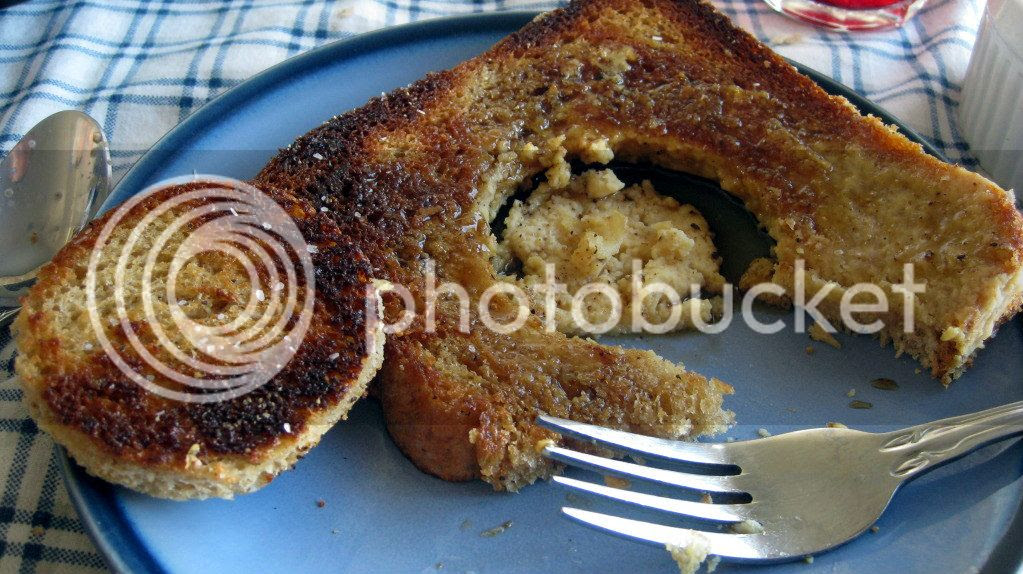 Method.--Beat the egg.  Cut holes from the centre of each slice of bread with a small scone cutter.  Dip the slices quickly in water and then try on one side until golden brown.  Turn on to the the other side, pour half the egg into the hole in each slice of bread, cook till the bread is brown on the underneath side.  The bread cut from the centres can be fried and served with the slices. 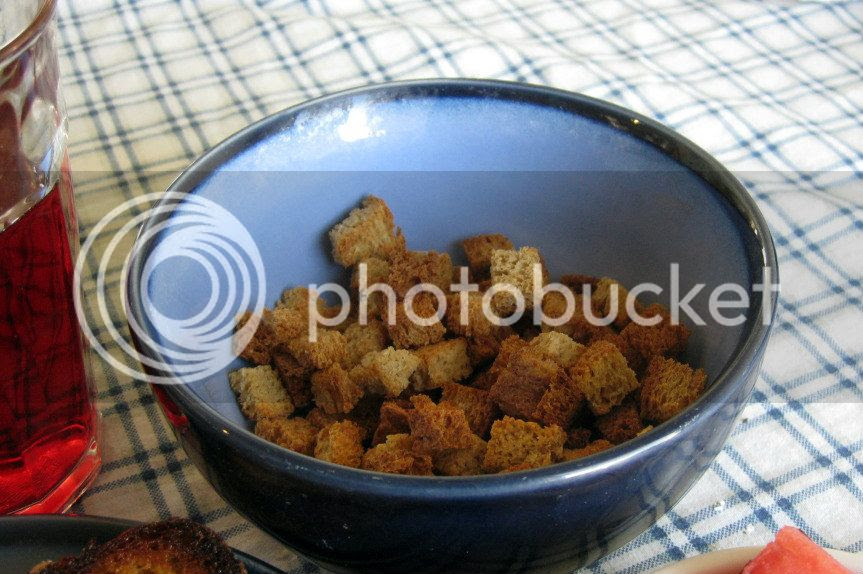 Wheatmealies
Half-dozen slices stale bread, 1/4 inch thick.
Cut into 1/4-in. squares.  Put on a baking sheet and bake in a slow oven till brown and crisp.  Store in a tin.  Serve with milk and sugar to taste.

Mock Fried Egg:  It does seem genius, doesn't it?  I mean, if a person wants a dang fried egg, and all there is is powdered egg, egg-in-a-basket is a pretty neat solution!  Unfortunately, there were... other factors. 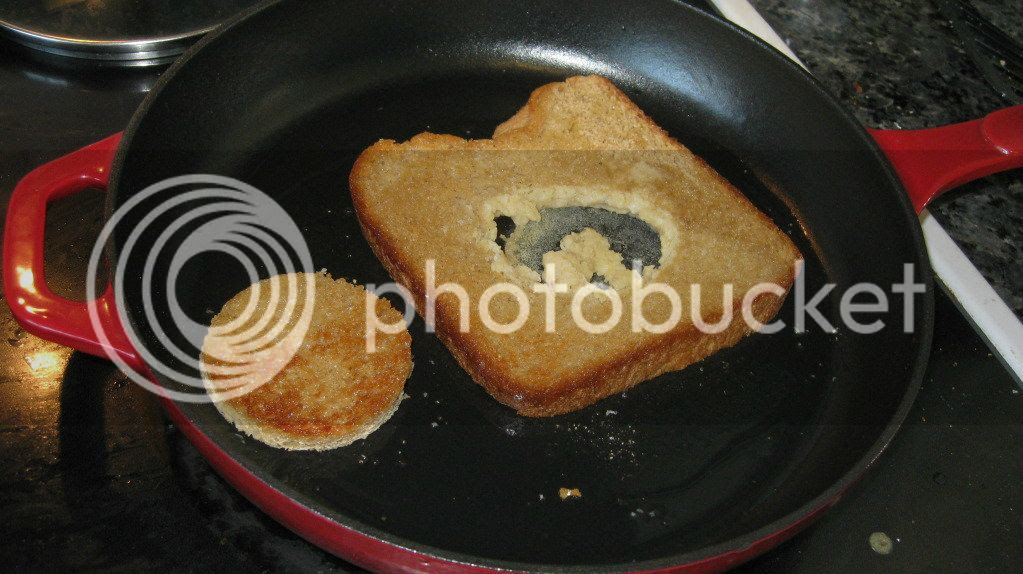 Yes... I am afraid this picture was the result of following the directions.  All the moisture in the reconstituted egg was either sucked into the bread or vaporized on the pan, leaving a thin membrane of leathery egg.  Which then stuck to the pan and had to be chipped off.  What worked much better was to put the equivalent of about three eggs in the middle.  Which kind of defeats the purpose.  It tasted fine, though.  And were I set on a fried egg and had nothing but my number 10 can of dry egg... I might consider it.  And then I'd make scrambled eggs, because this is ridiculous.

If there are any dried egg experts out there, please lend your expertise. Where did I go wrong?  Is this feasible?


Wheatmealies:  As a homemade cereal, this actually wasn't bad.  You have to eat it at lightning pace, of course, or it will turn to goo.  Like Cap'n Crunch.  Sugar and cream also help a great deal.  Husband didn't like it, but I would not complain about eating it again.  The addition of some fresh berries would be lovely.

For a beverage, I served this with some black currant juice.  It is the best way to get vitamin C if your orange juice supply is blockaded, or indeed.... if it isn't.  Black currants have four times as much vitamin C as oranges.  During WWII, the British stepped up their black currant production for this very reason.
Posted by Jana at 3:03 PM 8 comments: