Under the Haps of his saddle, each man carries a broad plate of metal ; behind the saddle, a little bag of oatmeal: when they have eaten too much of the sodden flesh, and their stomach appears weak and empty, they place this plate over the fire, mix with water their oatmeal, and when the plate is heated, they put a little of the paste upon it, and make a thin cake, like a cracknel or biscuit, which they eat to warm their stomachs: it is therefore no wonder, that they perform a longer day's march than other soldiers." -Jean Froissart (c1337-c1400) a Frenchman, visited Scotland during the reign (1329-71) of King David II.
Early Travellers in Scotland.  edited by Peter Hume Brown. 1891 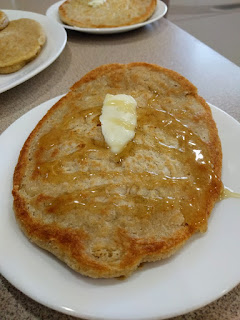 I feel pretty confident about the historicity of this recipe, but it is conjecture based on the following facts:

1. "Oatmeal" does not here mean "rolled oats" or "steel-cut oats," as these weren't invented until the 19th century.  It means oat flour. 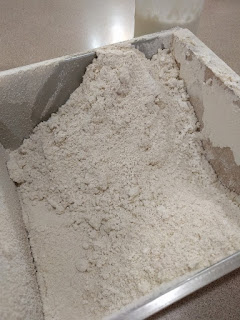 2. When you use a wooden bowl to make dough frequently, you trap yeasts in the crannies and cracks: thus, sourdough.  Mix dough in a wooden dough bowl, wait a few hours, you now have raised dough.

3. Raised dough is yummier than flour paste, and if these Scottish soldiers could mix flour and water together, their mums at home could do the same thing and then wait a couple of hours before cooking the dough.

4. Modern oatcakes are either leavened with baking soda, yeast, or left unleavened.  Baking soda was unknown until the 19th century, and yeast requires the making of ale nearby so you can use the foam.

5. It is so friggin' easy it is inconceivable that anyone could have failed to figure this out.

Combine oat flour and water to the consistency of pancake batter in a non-metal bowl. Add a dollop of sourdough starter and a pinch of salt.  Mix, cover, and leave until it increases in volume.  Do not stir the batter, you will smash the bubbles.  Fry in cakes. 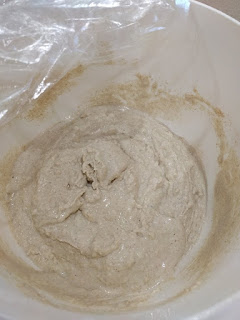 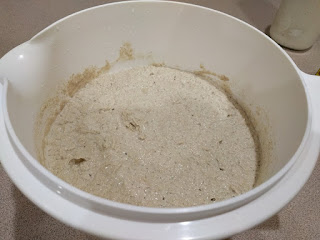 Here is the result of a thick batter: 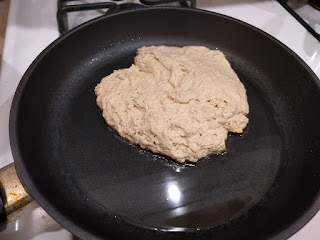 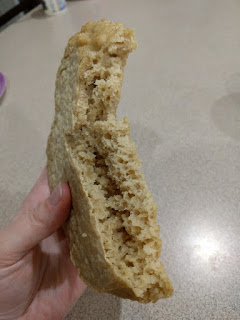 Here is the result of a thinner batter: 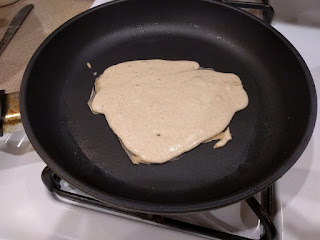 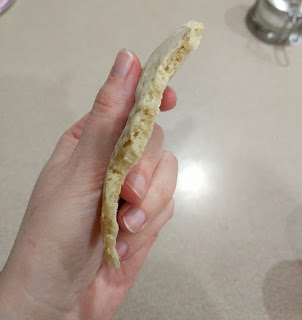 Verdict: Pretty good!  Better with butter and honey, as many things are, of course.  They are easy to undercook in the middle, so my first batch was only edible around the edges and gummy in the middle.  Surprisingly light and fluffy on the second try, though.  If you cannot find oat flour, and do not have a grain mill, put water and quick- or old-fashioned oats in the blender with enough water to make a batter, then add in quick oats or whole wheat flour to thicken to the consistency you are aiming for.
Posted by Jana at 10:51 AM

This is the best blog ever.